UPF (United Progressive Fraternity) is not a ‘band’, but a PROJECT spearheaded by Mark ‘Truey’ Trueack and Steve Unruh which aims to bring people together with a common love for music and concerns for our planet’s future health and well-being. The first album, ‘Fall In Love With The World’ was released to critical acclaim in 2014 by InsideOut Music. The Project then went on to write and record the recently released ‘Planetary Overload – Part 1: Loss’ (2019, Giant Electric Pea Ltd.) which took over four years to complete and hosts an array of musicians from around the globe. It also comes supported and endorsed by environmental organisations (including Greenpeace), climate scientists, documentary and film directors, award-winning photographers and activists. The album also features the voices of prominent spokespersons such as Jane Goodall, Sir David Attenborough, Dr. James E. Hansen and David Suzuki, to name but a few. In 2020 UPF will be taking ‘Planetary Overload’ out on the road to play it live across Europe and the USA. For obvious reasons linked to sustainability and carbon footprint reduction, UPF’s LIVE line-up will optimise its modal composition and vary to include the Fraternity members who are geographically most suitably located. 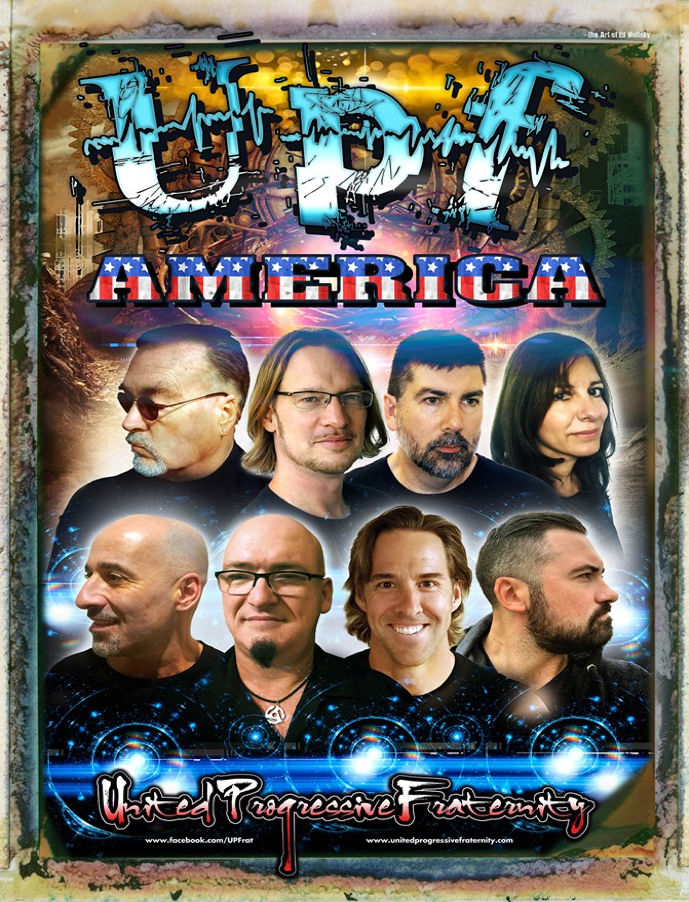 RoSFest can look forward to a stellar performance from UPF America, made up of the usual suspects and some possibly rather unexpected special guest appearances making it a show no right-minded music lover would wish to miss.